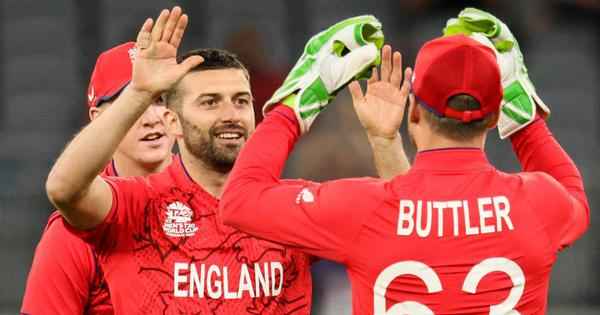 England captain Jos Buttler has set a new record in T20 international cricket. Jos Buttler is now the highest run scorer in T20 Internationals for England. Morgan ranked second and ended his international career a few days ago with 2458 runs after playing 115 matches and batting in 107 innings. The left-handed batsman has an average of 28.58 and a strike rate of 136.17. Next to the name is 14 fifty.

England will take on New Zealand in the T20 World Cup group stage match on Tuesday. And in that match, Butler played an innings of 73 runs in the opening. The innings of 47 balls are decorated with 7 boundaries and 2 sixes. And by relying on these innings, Butler climbed to the top spot in the list of highest run-scorers by pushing Morgan to number two.

The current number of runs of this right-handed wicketkeeper is 2468. Buttler has set a new record by playing his 100th international T20 match. Butler has batted in 92 innings with an average of 33.80, a strike rate of 143.90, and 1 century, 18 fifties.