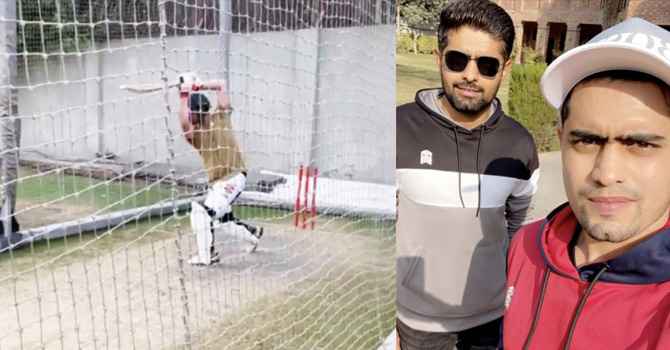 Babar Azam brought his younger brother into the net in violation of Pakistan Cricket Board PCB rules. For this reason, the PCB has warned the Pakistan captain.

Under the PCB, national teams, first-class cricketers, and junior cricketers get training facilities at the High-Performance Training Center (HPC) in Lahore. There is no opportunity for other cricketers outside to practice. However, Babar broke that rule and brought his younger brother Safir Azam.

Not only that, but Shafir has also practiced batting in the net of Hyperperformance Center. There he was being bowled by Pakistan national team fast bowler Shahnawaz Dahani. When the video of this incident was spread on social media, Babar Azam accepted the criticism. After that the PCB warned him.

According to the PCB, only national team players, first-class cricketers, and junior team cricketers get the opportunity to practice at the Hyperperformance Center. Other cricketers need permission from HPC to practice. That permission was not taken in the case of Babar Azam’s brother’s practice. For this reason, the PCB has warned the captain of the national team.

Regarding Babar’s punishment, a PCB official said, “Babar came to practice with a break of three or four days. The conditioning camp for the Pakistan team will start here in a few days. That is why Babar is practicing here. During the last day of practice, he brought his younger brother with him and practiced on the net. The matter was warned as soon as it came to the notice of the PCB. ”

PCB will start a two-week conditioning camp ahead of the upcoming international season. Pakistan has invited 70 cricketers who have been in the spotlight all season. And on this occasion, Babar Azam is practicing in Lahore.