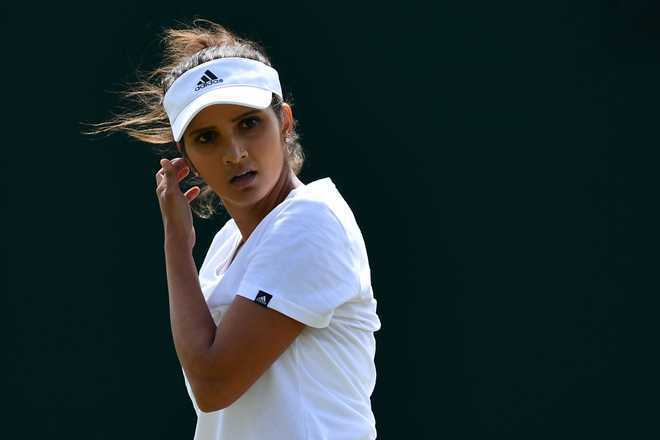 Tennis Diva Sania Mirza announced her retirement plans from professional tennis on February 19, 2023, at the Dubai Tennis Championships, after playing WTA 1000 tournament. The 36-year-old Mirza had intended to give up her racquet at the conclusion of last season, but an elbow ailment prevented her from competing in the US Open and forced her to retire in August 2022.

Sania Mirza, a six-time major winner — three in doubles and three in mixed doubles — will play partnering Anna Danilina of Kazakhstan at this month’s Australian Open. The India tennis star, who has resided in Dubai for more than a decade, will then wave farewell to the sport in the Emirates, where she has competed in front of a big fan base for many years. Mirza has a persistent calf injury, but she hopes it won’t prevent her from saying her farewell on the match court.

Sania said wtatennis.com, “I was supposed to retire after the WTA Finals since we were going to make the WTA Finals, but I tore the tendon in my elbow just before the US Open and had to withdraw from everything.”
“And, being the individual that I am, I want to do things on my own terms. Therefore, I do not wish to be driven out by injury. So I’ve been training. Attempting to retire in Dubai at the Dubai Duty-Free Tennis Championships is the goal “She continued.

Sania revealed in a recent interview with “Curly Tales Middle East” why she believes now is the ideal moment.
“This is primarily due to the fact that I am 36 years old and my body is physically exhausted. And I no longer have the mental capacity to exert so much emotional pressure. I began my career in 2003. Priorities change, and now my priority is not to always push my body to its limits “the native added.

Sania Mirza, the mother of a 4-year-old child named Izhaan, has just established a tennis academy in Dubai, which now runs in three locations and will expand to two other districts in the coming weeks. Sania, who reached No. 27 in the world in singles, stated that spreading and bringing tennis into people’s homes is the goal.

“Why don’t we have players coming out of the UAE if they have money, infrastructure, and everything else, but no players? There is a problem somewhere, so we must address the issue, whatever it may be, and attempt to contribute to its resolution.

Indian popular tennis star Sania Mirza was supposed to play US Open in August-September last year. She was supposed to retire from tennis after playing the US Open. However, Pakistan’s star cricketer Shoaib Malik’s wife could not play there.

Sania Mirza did not play in the US Open mainly due to injury. However, the former doubles number one has announced his retirement date. The WTA 1000 event to be held in Dubai next February will take the court for the last time. Sania announced this in an interview on the website of the Women’s Tennis Association (WTA).

Before that, however, Sania will be seen in another tournament this month. The 36-year-old tennis star will team up with Kazakhstan’s Anna Danilina in the women’s doubles at the Australian Open in January. This Australian Open is going to be the last Grand Slam of his career.