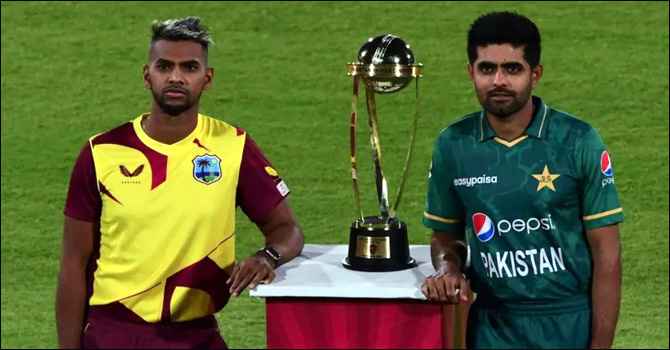 The West Indies will tour Pakistan in June 2022 to play a three-match ODI series. For the first time, Multan Cricket Stadium to host international ODI series between Pakistan vs West Indies in 2022. PCB has moved the venue to Multan on political issues, though the entire series was originally scheduled to be held in Rawalpindi. Although the venue has changed, the schedule of the series is not changing.

The ODI series was scheduled to be held in December 2021, but the West Indies returned home after playing T20 due to the coronavirus epidemic. The PCB later announced a new schedule for the series.

According to the previously announced schedule, all the matches were to be held in Rawalpindi. However, instability is rife in Rawalpindi and Islamabad due to the political movement of the newly ousted Pakistani Prime Minister Imran Khan. The PCB has decided to change the venue of the series considering the political situation.

If not possible in Rawalpindi, the series will be held in the southern Punjab city of Multan, the PCB had earlier hinted. In the end, the country’s cricket governing body followed that path.

However, the country’s cricket fans have been shocked by the decision to hold the series in Multan at this time. Due to the extreme heat in South Punjab, the normal temperature at this time is above 40 degrees Celsius. Pakistan usually hosts matches here during this time as the temperature is usually low from September to April.

It is not possible to hold matches here as pitch work has been resumed in Lahore and Karachi. It is also impossible to host matches at the Arbab Niaz Stadium in Peshawar as development work is underway. So the only option before the PCB was Multan.

The three-match ODI series will be held in Multan on April 8, 10, and 12 this year. Due to the extra heat, the PCB has decided to start the match at 4 pm local time. The West Indies will arrive in Islamabad, Pakistan on June 7 this year. From there the Caribbeans will fly directly to Multan.