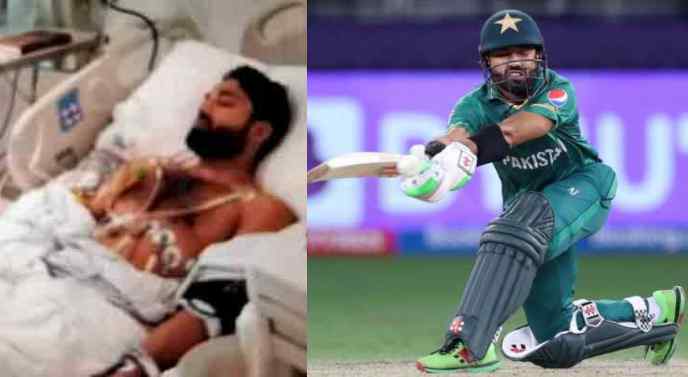 Pakistan wicketkeeper-batsman Mohammad Rizwan was in the ICU for 35 hours before the World Twenty20 semi-final against Australia. He was diagnosed with a serious lung infection. However, after two days in the ICU, what Rizwan did on the field is unbelievable. Pakistan Cricket Board (PCB) doctor Najibullah Sumro admitted that Muhammad Rizwan was Given a Prohibited Substance, as soon as the matter came to light, there was a stir in the cricket world.

Mohammad Rizwan came out of the ICU and fell on the field. Not just on the field. Rizwan played a reliable inning of 6 runs off 52 balls to open. However, despite losing the team, he won the hearts of millions of cricket lovers around the world. But after printing all the compliments, this time the real sensational information is in front. Rizwan was given a banned injection before the World Twenty20 semi-final against Australia.

After spending 35 hours in ICU and recovering, the Pakistani star returned to the field with the bat. Rizwan played a beautiful 6-run innings against Australia as well as keeping the whole match. However, despite Pakistan losing in the semi-finals, the legendary cricketers praised the bravery of Mohammad Rizwan.

But after printing all this, explosive information came to the fore! Mohammad Rizwan was deliberately given a banned injection during the last World Cup.

However, Najibullah claimed that the ICC’s permission had been obtained before doing so. During a face-to-face interview with Rizwan, the Pakistan team doctor said. ‘You couldn’t breathe. You need to get permission from the ICC to inject that medicine to heal you. It is forbidden for athletes. However, since there was no other option, permission was sought to use it.