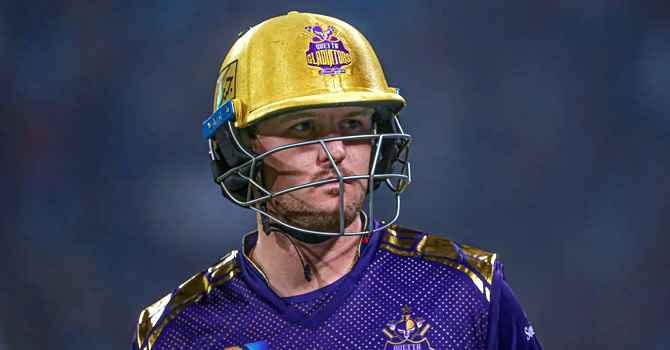 I was in Weird Place in PSL 2022 Says Jason Roy

The Gujarat Titans recruited English batsman Jason Roy from the mega auction of the 15th edition of the Indian Premier League (IPL). Despite getting a team in the auction, Jason Roy withdrew from the IPL before the start of the IPL citing mental depression. Jason Roy opened his mouth three months after the incident. He said that he was suffering from mental depression in PSL.

Before the IPL, Jason Roy was in great rhythm in the 7th edition of the Pakistan Super League (PSL). Although there was great rhythm on the field, he was mentally exhausted. That’s why Jason Roy told the IPL not to spend time with family.

He said that he was able to come out of this mental depression quite quickly. He was able to rebuild himself by spending time in the IPL with his family.

He said, “After spending two months with my family, I was able to recover. The last two years have been difficult. It’s hard to stay away from family in a bio-bubble. ”

Jason Roy was banned by the England and Wales Cricket Board (ECB) for an unknown reason while on holiday with his family. He returned to the English squad with a series against the Netherlands after a two-match international ban. Jason Roy played a 63-run innings in the second match, although the return against the Dutch was not great.

Jason Roy also said that the county team missed Surrey and the IPL while on holiday with the family. “I missed the IPL,” he said. I missed Sarek more than that. I enjoy every moment I play for this team. ”