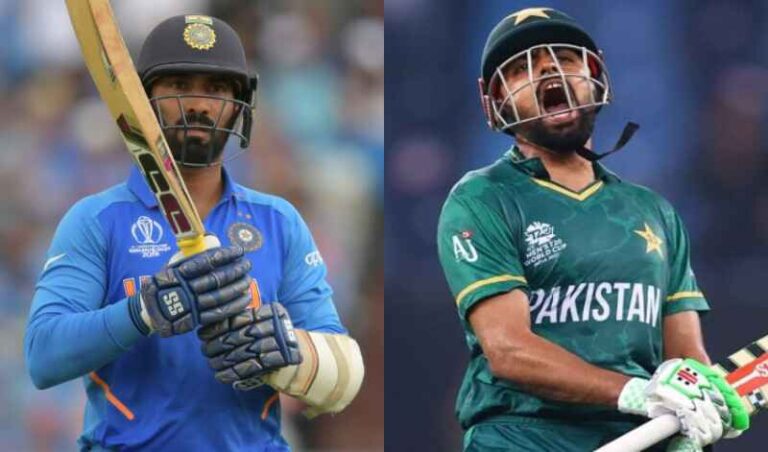 Indian star wicketkeeper-batsman Dinesh Karthik believes that Pakistan captain Babar Azam could be the first player to be ranked as the number one batsman in all formats. Karthik thinks it is only a matter of time before Babar joins Williamson, Smith, Kohli, and Root in the Tests.

Although Babar has already topped the white ball format in both formats, he is only fifth in the latest ICC rankings for Test batsmen. But Karthik realizes that this will change soon. The veteran Indian has predicted in the latest episode of The ICC Review that Pakistan batsman Babar Azam could make new history and take the top spot in all three formats.

‘One hundred percent (he is able to achieve this). He is a high-quality player and his batting skills will take him to the top. Babar excelled in all three formats of the game and also batted well in different positions. I wish him well and think he has great potential. He has followed all the legends of Pakistan which have helped him a lot to do something special for his country.

Australian batsman Marnus Labushen is currently at the top of the Test batting rankings. But India’s Virat Kohli, England’s Joe Root, Australia’s Steve Smith, and New Zealand’s Ken Williamson have dominated red-ball cricket for the past decade as the ‘Big Four’.

Although Babar still has a long way to go to match the fame of the aforementioned ‘Big Four’, Karthik thinks it is only a matter of time before Pakistan’s right-hander joins this famous team.

“It’s a very powerful ‘Fab Four’ that we’re talking about and they’ve obviously been there for a long time, but there’s no doubt that Babar has all the credentials and he’s going to make it a ‘Fab Five’.”

Karthik said he has noticed subtle changes in Babar’s batting style in recent years which have helped him to become a better player. Karthik explained, “The two things he had when I saw him bats were balance and his striking point when he played a ball.”