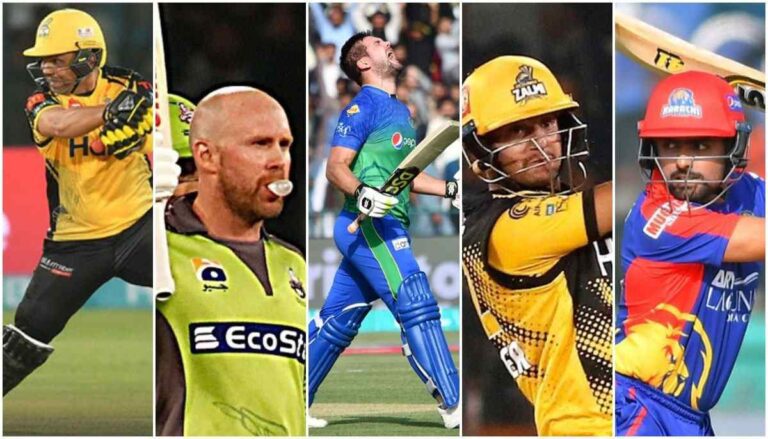 Fakhar Zaman, the opening batsman for the Lahore Qalandars, has set a new record in the PSL for the best Strike-rate during powerplay overs.

After just three matches, Fakhar has become the highest run-scorer in the Pakistan Super League with 248 runs at an average of 91.00, beating Shan Masood of Multan Sultans with 240 runs in four matches at an average of 60.00.

At Sultans, he made 76 runs in 35 balls, followed by a first-ball fifty for Karachi Kings and 66 for Peshawar Zalmi. He has overtaken Sharjeel Khan of the Kings as the player with the greatest powerplay strike rate in the league.