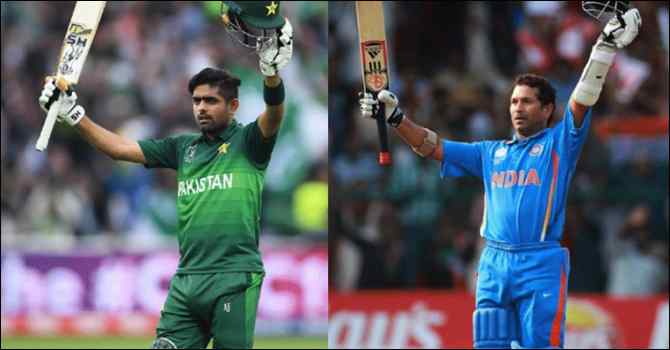 Pakistan captain Babar Azam’s career is now in full swing. He is giving a book of runs in every series. Talking to the bat-like yourself. After a record-breaking game, Babar Azam Surpasses Sachin Tendulkar, one of the best batsmen of all time achieving his career-best rankings in all-time ODI rankings.

Babar Azam has re-introduced himself in the historic series against Australia. Reigns with the bat throughout the series. Especially in the ODI series. In the three-match series, he scored 28 runs at an average of 136, including two centuries and a fifty.

Babar Azam received the Man of the Series award for such performance. This time, he has surpassed ‘Master Blaster’ Sachin Tendulkar in the International Cricket Council’s (ICC) ODI batting rating by showing great skill in this series.

At the end of the home series against Australia, Babar’s points stand at a maximum of 791 in the ODI batting rating. And in this, he has surpassed Sachin and has risen to number 15. With 6 points, Sachin’s position is at number 18 on the list.