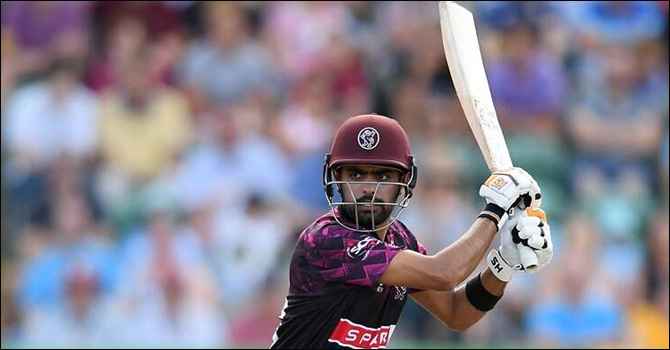 The triumph of Pakistani cricketers in England’s domestic cricket is nothing new. They also received an award for great performance. This time Pakistan captain Babar Azam got a different award. Babar Azam was voted the best T20 player of all time by Somerset.

Babar represented Somerset at the 2020 T20 Blast in England. The Pakistani captain scored 216 runs in 6 innings at an average of 36.33. Which also had a century. The right-hander made a career-best 114 off 82 balls.

In the Somerset jersey, Babar touched the 5,000-run mark in T20 cricket. This opener has set another record in this regard. He is the third fastest person after Chris Gayle and Shaun Marsh to cross the 5,000-run milestone in all T20s.

Despite gaining so much popularity, Babar is not taking part in the T20 Blast for Somerset due to the national team’s play this year. Because he will lead the Pakistan national team in the three-match ODI series against the West Indies at home.

Babar was also the most expensive player in the draft of the Hundred Ball tournament in England this summer. But for personal reasons, he decided not to participate in the tournament.